Nothing defines Bernard Aubertin more than his monochromatic red paintings.

When Aubertin met Yves Klein in the 1950s, Klein inspired Aubertin to concentrate his work solely on one color in his work.  Klein had worked solely in blue; Aubertin chose to work in a vibrant red hue.  For Aubertin, the color red presented a compelling dichotomy.  On the one hand it evokes violence as the color of blood and fire, and on the other it embodies an infinite and anonymous purity.

He began creating monochrome red panels, structuring the surface with the use of spatulas, spoons, the back of a knife, or the tines of a fork, creating monochrome but intriguing compositions.  He later created nail panels, covering nailed paintings with his characteristically bright red.  And later yet he mounted books on red panels and torched them.

For Aubertin, the color red was a symbol of fire.  It was likely no surprise, then, that by the 1960s Aubertin had introduced fire into his repertoire, a medium that effectively becomes the physical manifestation of his chosen color.  He arranged matches on the canvas he had painted red and then set them alight, creating unique artistic compositions, creating variations caused by the spontaneous nature of flame.

Just as was true with his matches, his later burned books expressed the energy of the soul through its colors, materials, and artistic gesture.  The spectator, in equal measure with the artist, participates in the transformation that the composition releases, becoming a witness to the disruptive force of fire, which from a destructive element becomes a creator of rebirth in another form.  The process by which the works are created is inherent in the final product and the viewer can clearly see the charred transformation that took place. In effect, the destructive nature of fire becomes a mode of creation and rebirth.

Since the 1960s, his work has been widely exhibited throughout Europe and the United States, including the Guggenheim, the Stedelijk in Amsterdam, MOMA, the Palais de Tokyo in Paris, and the 54th Venice Biennale, 2011. Aubertin’s work is included in the permanent collections of the Musee de Graz, the Museum of Dusseldorf, and the Centre National de l’Art Contemporain (Paris), among many others. 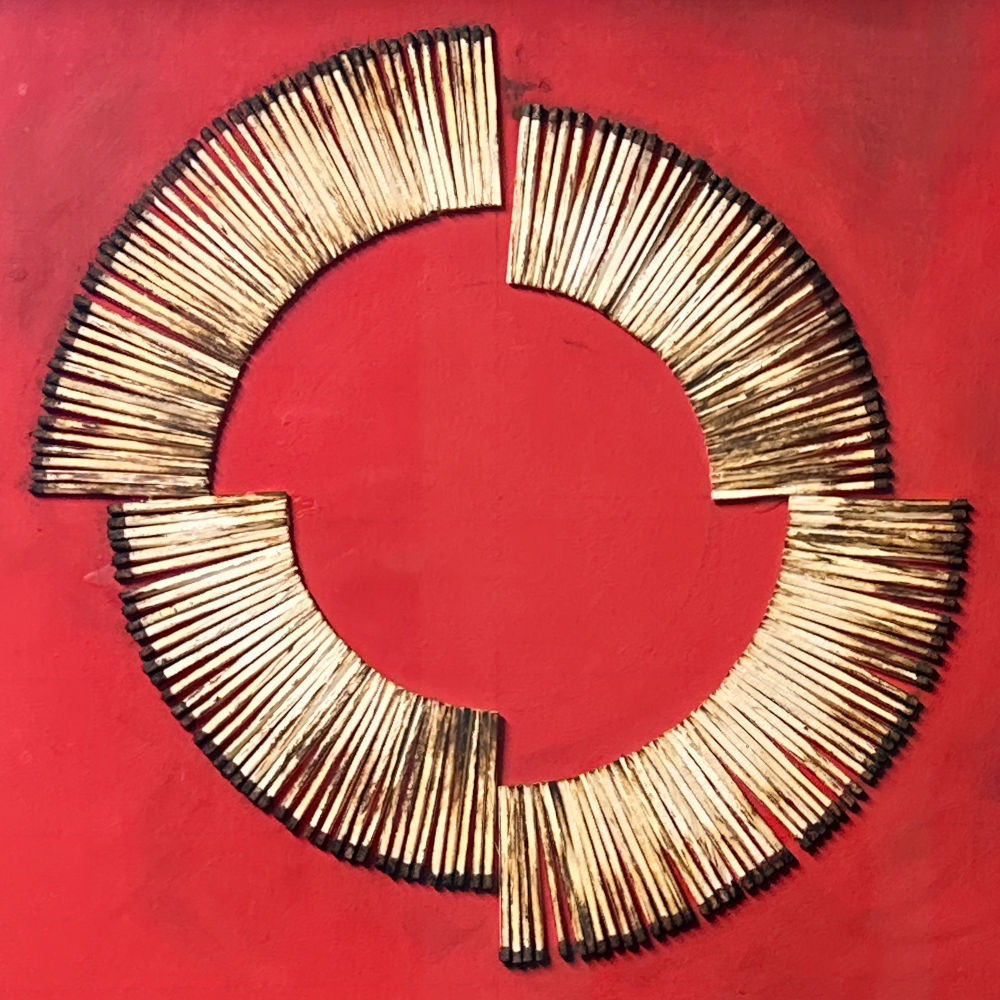 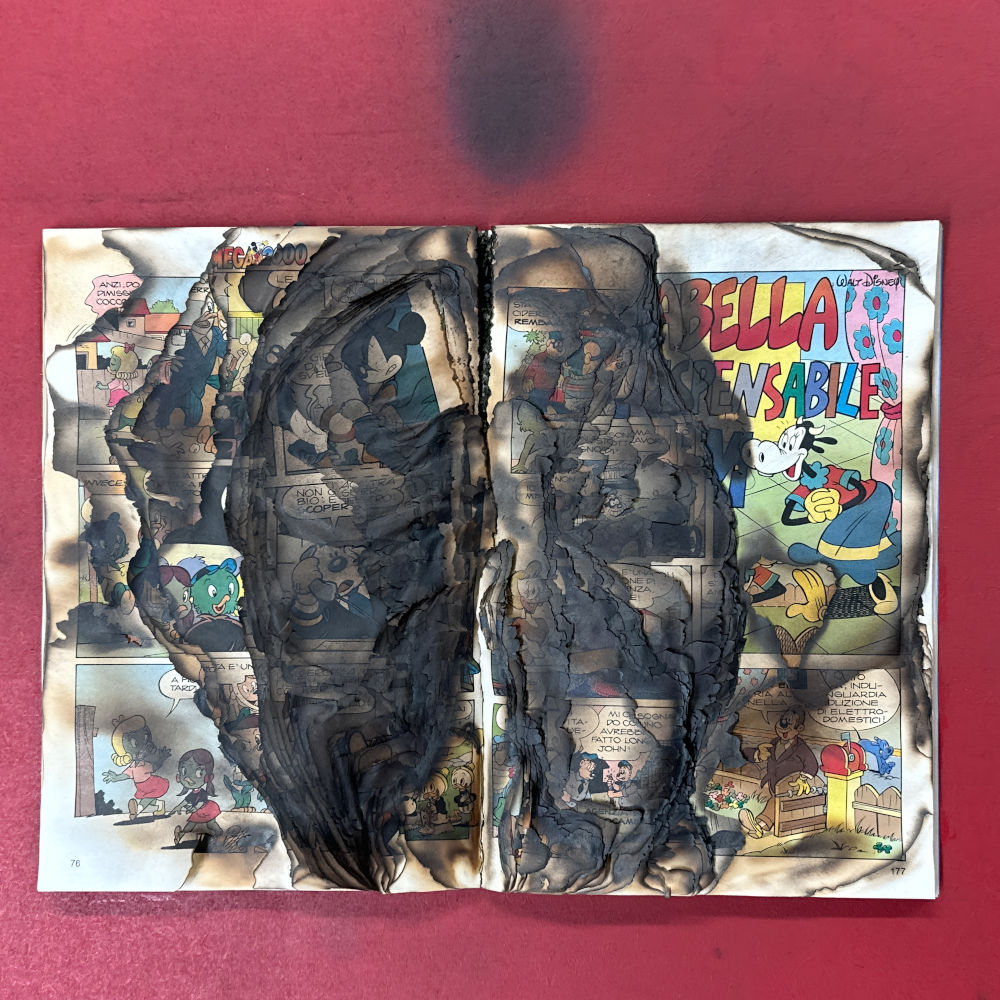