Richard Anuszkiewicz was one of the founders of the Op Art movement in the late 1960s.

Life magazine referred to Anuszkiewicz as “one of the new wizards of Op” in 1964.  His ascent to international fame was sealed when he was included in a 1965 survey of “optical art” at the Museum of Modern Art in New York. He is known for creating dramatic compositions using complimentary colors and geometric shapes that are affected by the colors and lighting.

Anuszkiewicz trained at the Cleveland Institute of Art from 1948 to 1953 and then with Josef Albers at Yale University where he earned an MFA in 1955.  Interestingly, while Albers stimulated Anuszkiewicz’s interest in the effects of color on perception, he did not actively pursue explore it until the 1960s with his paintings of geometric patterns emanating in wave-like shapes from the center of the canvas.  In the 1970s, much of his work looked like computer printouts and were intended to investigate the effects of juxtaposed full intensity colors.

Anuszkiewicz exhibited widely, with solo shows at MOMA, the San Antonio Museum of Art, Albright-Knox in Buffalo, the Pratt Manhattan and the Jacobson Howard Galleries, the Butler Institute of American Art in Youngstown, the Cleveland Museum of Art, Kent State University, and the Museum of Contemporary Art in Jacksonville.  He was awarded a Pulitzer Traveling Fellowship in 1953, the Charles of the Ritz Oil Painting Award in 1963, and the Lorenzo dei Medici Career Award at the Florence Biennale in 2005.  He also participated in the Venice Biennale (in 1986). 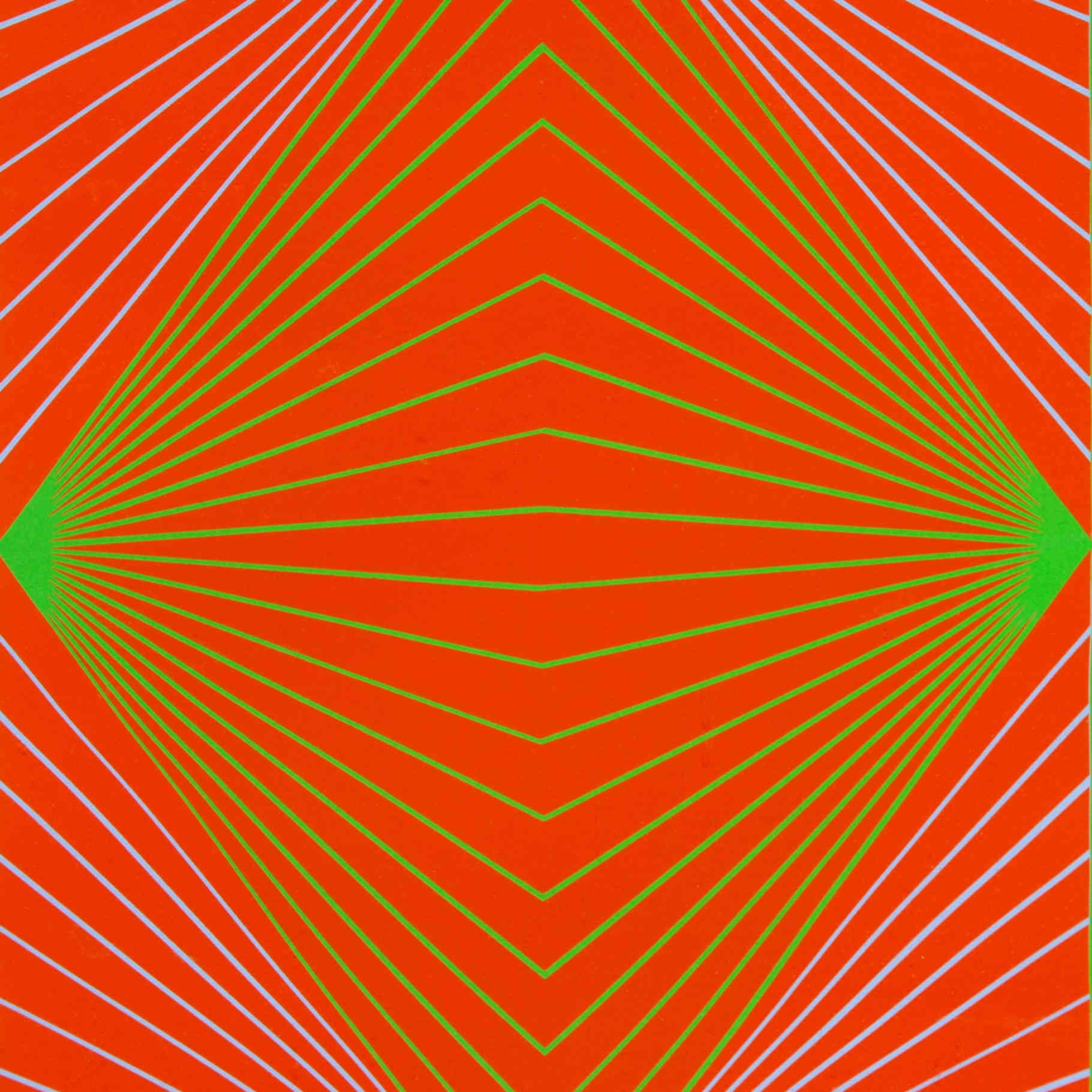 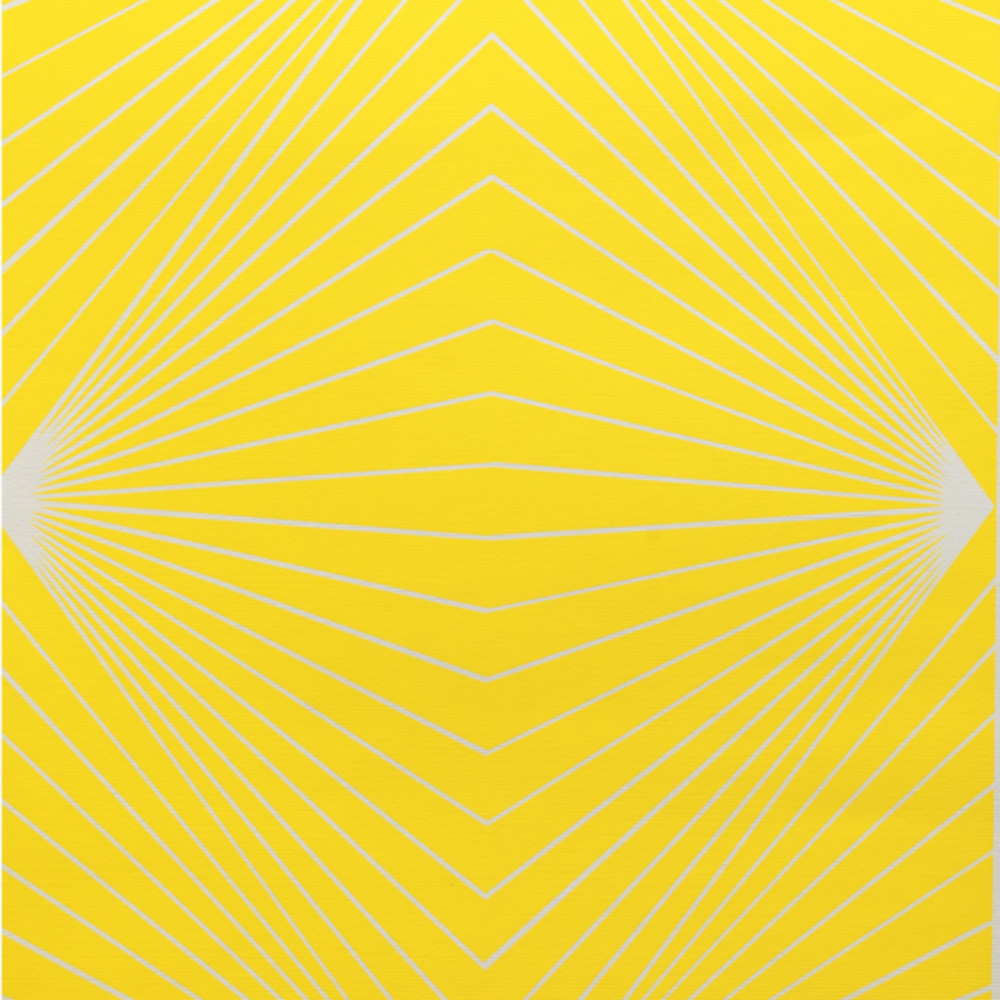